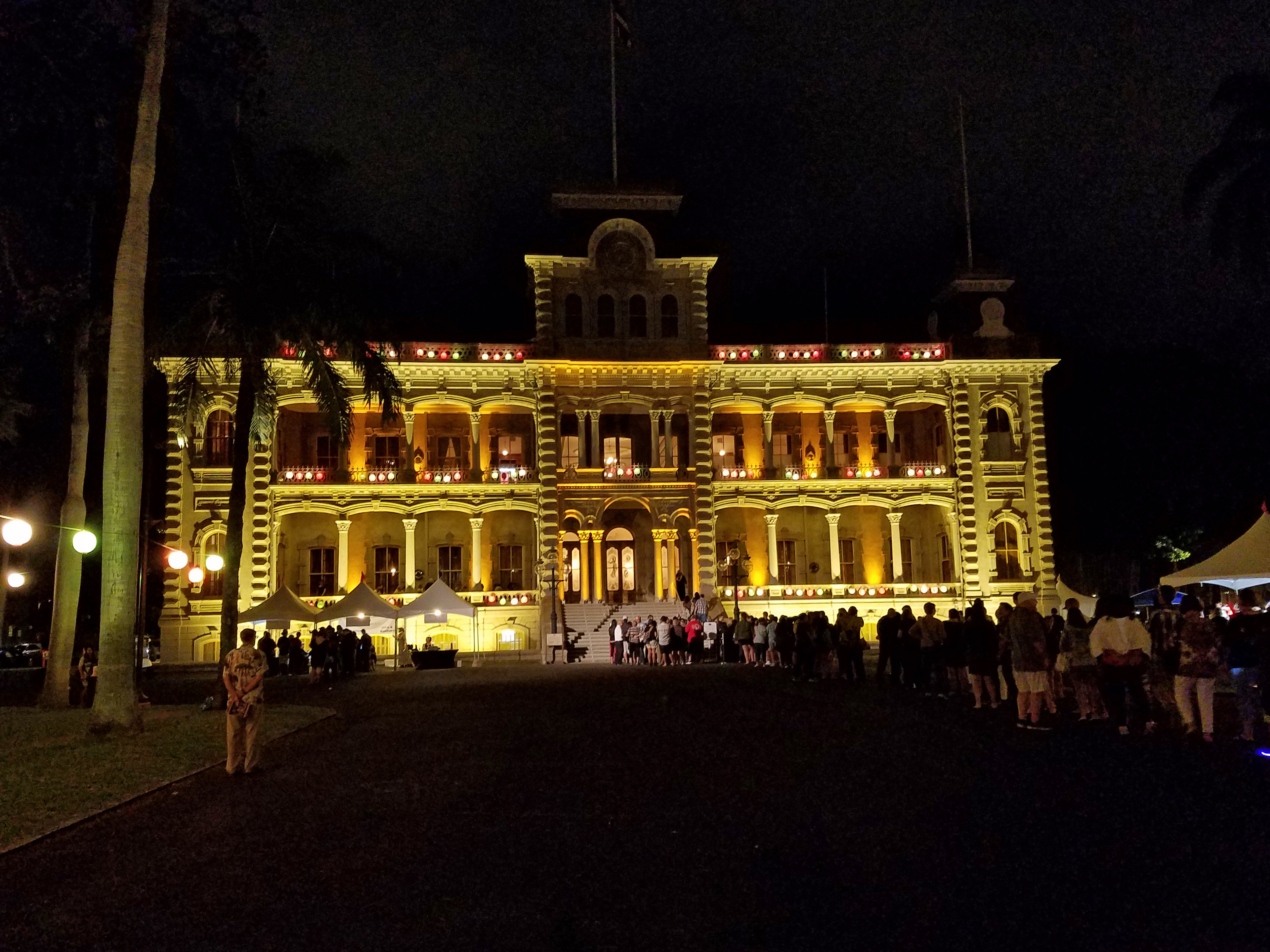 Once a year, on Queen Kapiolani’s birthday, the Palace is opened up for two nights of tours. Of course, it being a once a year type of deal, you can imagine the LINES.

I mean, heyyyyyy 2 hour lines – thought I’d only see you in NYC, but nice of you to make your appearance in Hawaii, too. Haha. Seriously though, the staff at the ticket booth said folks started lining up at 3pm (tours started at 5pm) and the average wait time for general admission ($20) was 2+ hours.

#Protip: pre-sale tickets are sold online leading up to the event. At $30 (+2.70 per ticket in fees) each, it’s definitely worth it. Pre-sale tickets = no line. You select a date and time and you show up and get in. They literally roll out the red carpet for this line!

The tour itself was unique – the Palace was setup to reflect the 19th century holiday parties of King Kalakaua. There were Opera singers (Mae Z. Orvis Opera Studio of the Hawaii Opera Theatre), some amazing Hula dancers from Hula Halau Ka No’eau (see video below), and music by the Hawaiian Music Hall of Fame Serenaders.

They walked us through several rooms – The Blue Room, Dining Room, Throne Room, Bedrooms of the King and Queen, Library, Music Room and Basement. In each room, they spent a few minutes talking about the history of that room before we were directed to move along to the next room. The final stop was the basement, which was setup more like a museum with original palace furniture and other artifacts as well as historical timelines and family trees.

Overall, it felt rushed and we were moved through each room pretty quickly. For me, it wasn’t a huge deal since the part of this I enjoyed the most was the entertainment and getting a quick peek at how people lived back then (their showers were WAY fancier than I thought they’d be). The guided portion (up until the basement) was just over an hour.

If you’re planning to attend next year, mark your calendars and check online at iolanipalace.org for tickets. We bought ours on 12/21 (the tours were on 12/28 and 12/29, and appear to be held on those two days every year), but they did sell out, so you might want to check early on.

The Palace offers day tours year-round, both guided and unguided, and we’re planning to check them out on an upcoming Kama’aina Sunday (free for locals). 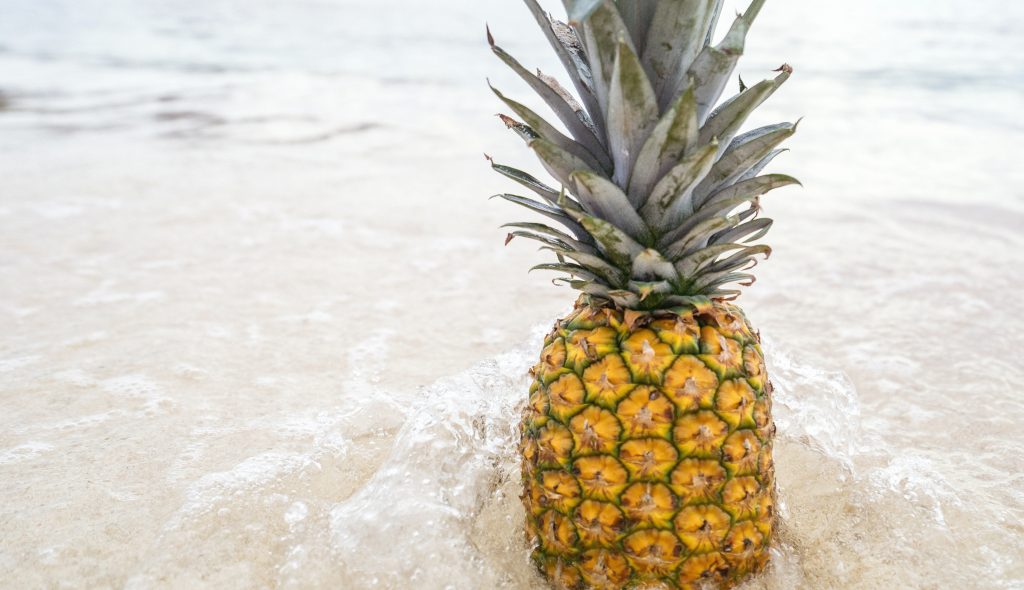 At some point in the last 5 years, I decided that I wanted to start blogging again. I missed it! If only because it helped me remember things that we did. Places we’ve been, conversations we’ve had and all the amazing people that we’ve met in this crazy life.