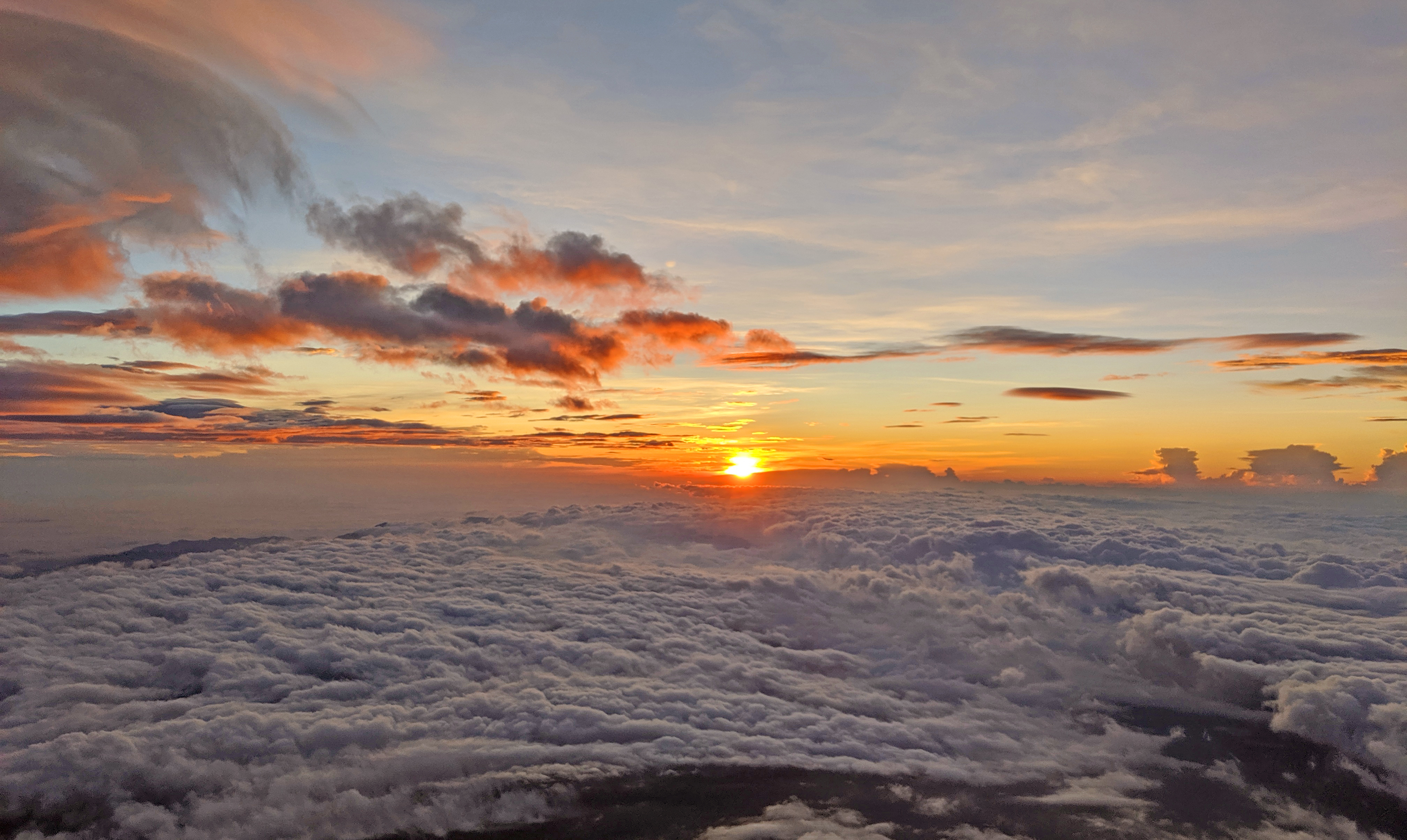 We bullet climbed Mount Fuji (富士山) via the Yoshida trail to see the sunrise. Hiking Fujisan is a difficult hike, but one we highly recommend if you’re well prepared. Are there any hikes in Japan that you’re curious about? Let us know below and maybe we’ll hike it or message us to come join us!

Disclosure: This post contains affiliate links. If you click through and make a purchase, we earn a small commission, at no additional cost to you. Click here for our full disclosure!

A fool never even climbs it once, a fool climbs it twice.

We hiked Mount Fuji and so can you!

Sara and I bullet climbed (弾丸登山 aka “dangan tozan”) Fujisan via the Yoshida trail to see the sunrise at the summit. We made it with over an hour to spare! When hiking Fujisan, we chose the Yoshida trail because it’s ideal for beginners and easily accessible from Tokyo.

If you take away one thing from this blog, it should be this: We don’t suggest anyone bullet climb, but we would highly recommend hiking Fujisan with the caveat that you’re well prepared. How do you get prepared? Keep on reading!

*Know that we’re not avid hikers, but we have been known to walk long distances and occasionally climb a mountain or two.

A bullet climb is summiting a mountain without resting overnight. Instead of climbing over 2 days and resting at a mountain hut, you leave the Fuji-Subaru Line 5th Station at night in order to summit to see the sunrise. While you’ll save time and money, it’s much more difficult than spreading the hike out over 2 days. Many Japanese sites will deter you from this climb because unprepared bullet climbers account for many of the reported injuries on Fujisan.

Don’t be those hikers.

With that said, the bullet climb wasn’t nearly as difficult as we imagined because of our preparation. There were a lot of miserable looking hikers that weren’t prepared for the overnight climb. And while it’s fine to be miserable alone, without the right gear or preparation, you’re also endangering a lot of other people on the mountain.

Our main goal hiking Fujisan was to see the sunrise from the summit, so we had two options:

We initially planned to hike over two days, but on the day we planned to go, all the mountain huts above the 8th station were booked, and the morning buses from Shinjuku were sold out.

During the course of our research, we had spoken to enough people that had done the climb that mentioned that there wasn’t a lot of sleep to be had in the mountain huts.

Thus, our plan was to go as high as we could, and if we were tired, we would find a mountain hut that would allow us to rest and stay there for a few hours if necessary. If you need a listing of all the mountain huts on the Yoshida trail with a link to their website, Gary J Wolff’s site has a list of them here.

We recommend hiking Fujisan with the following caveats: you’re in decent physical condition and you’re well prepared for the 10+ hours you’re on the mountain.

From Pineapples Difficulty Ranking: 🍍🍍🍍🍍🍍- 5 out of 5 Pineapples!

*If you’re wondering what our difficulty is based on, read about our ranking system.

There are a lot of blogs that rate this as a difficult hike, and we agree – with the caveat that if you’re doing a bullet climb, we would definitely recommend the following:

If you’re not in good shape, we wouldn’t recommend the bullet climb, but instead, stay overnight in a mountain hut!

Fujisan (富士山), also known as Mount Fuji, is a 3,776 m. mountain that straddles the boundaries of Shizuoka and Yamanashi Prefectures, about 100 km southwest of Tokyo. As one of Japan’s “Three Holy Mountains”, along with Tateyama and Hakusan, it’s the highest volcano in Japan and 2nd highest volcano in Asia after Mount Kerinci in Sumatra.

There are four trails that lead to the summit of Fujisan: Yoshida (yellow), Subashiri (red), Gotemba (green), and Fujinomiya (blue). While each trail is split into 10 different stations, you’ll typically start from the fifth station.

Since the trail’s open/close do change by the season, it’s best to confirm with the official website if the trail you want to climb is open.

Yes, you read that right – we were on the mountain for almost 16 hours.

Directions to the Yoshida trailhead

If you’re coming from central Tokyo during the climbing season, it’ll take about 2 and 1/2 hours on a bus from Shinjuku to get to the Fuji-Subaru Line 5th station where you can reach the start of the Yoshida trail. There’s so many ways to get there depending where you want to leave from in central, so I won’t list them all – use your favorite transit app to figure out what’s appropriate for your timing. Just know that there are many, many ways to get to Fuji-Subaru Line 5th station, regardless of what internet blogs seem to imply. In general, the highway bus will be the fastest and most comfortable – trust me when I say they’re nothing like buses in the states.

Since it’s suggested that you give your body at least an hour or two to acclimate to the higher altitude, we decided to leave Shinjuku at 2:35 pm. Our plan was to arrive at Fuji-Subaru Line 5th station around 5:20 pm, eat dinner, and start the hike around 8:00 pm*.

*If you’re wondering how we arrived at the estimate of 8:00 pm, we figured these hiking sites typically give estimates for legitimate hikers, and since we’re weekend hikers, we just increased that time by 50%. This meant that the 6 hour ascension estimate given by hiking blogs became 9 hours. This obviously isn’t an exact science, but since there weren’t any good timing sites out there, we just looked at yamaps, etc to just get a feel of the route. We also prepared well, so we figured that if we had to sit on top of the summit for a few hours, we’d be fine.

Here’s a link to the 5th station guide map from the Subaru Line website.

Here’s what we did at the station while acclimating to the higher altitude:

*If you are around during the day, make sure to check out the observation point at Komitake Shrine to see unobstructed views of Fujiyoshida City and Lake Yamanaka.

The Yoshida trail is the easiest of all the Fujisan trails because of the elevation difference and accessibility of luxuries typically not found on hiking trails such as toilets, the ability to purchase both food and water, and abundance of mountain huts to rest.

It consists of the following (elevation in parentheses):

Here’s a link to a 2019 Yoshida trail map in English from the official Fuji website. Be sure to check this map out as it contains estimated times between each station.

Since we were bullet climbing to see the sunrise, most of our questions prior to the climb were around timing. While a lot of internet sites claim that it takes about 4-6 hours to summit, they often lack the context* surrounding the claim because your fitness, the weather, season, and day of the week will drastically impact said estimate.

From what we researched, you don’t want to arrive at the summit too close to sunrise because everyone else making the climb will be stuck in the funnel between the 9th station and the summit. Too early and you’ll be trapped in near freezing temperatures for a prolonged period of time. Historical average temperatures atop the summit generally hover around 43.6°F (6.4°C) in August. However, we packed for the cold temperatures, so we weren’t worried about getting there too early, we were worried about getting there too late.

As a result of finding very little timing information online, one of our goals of this climb was to get detailed times so that other climbers can get a general idea of the timing on the Yoshida trail. Sara had the brilliant idea of just snapping pictures as we arrived and left stations along with important signage found on the trail. The times listed below are for the ascension up the mountain since we were less concerned with the climb down.

*Here’s the context surrounding our climb:

We ended up staying one night in Kawaguchiko to check out places around the lakes. If you skip this, you’ll spend about ¥5,800 per person.

Photos from the trail*

We were extremely lucky because while there was lightning and rain at the start of our climb, we didn’t experience more than 30 minutes of rain. The weather forecasts had indicated that we might not be able to see anything at sunrise, but luckily, the weather held up.

*Photos are in chronological order with the first picture being from the start of our hike.

Links we used to research

A lot of blogs don’t link to the sites they used for research, but since we’re deep divers, here are all the links we used to research hiking Fujisan in order of usefulness.

Finally, before we get out of here, we’d like to send a special thanks to Sheldon and Eri for sharing their Fujisan tips with us and answering all our questions. Last, but not least, thanks to Corwyn, Sara’s high school friend, who joined us on this adventure. Life is always more fun when you have more suckers friends involved. 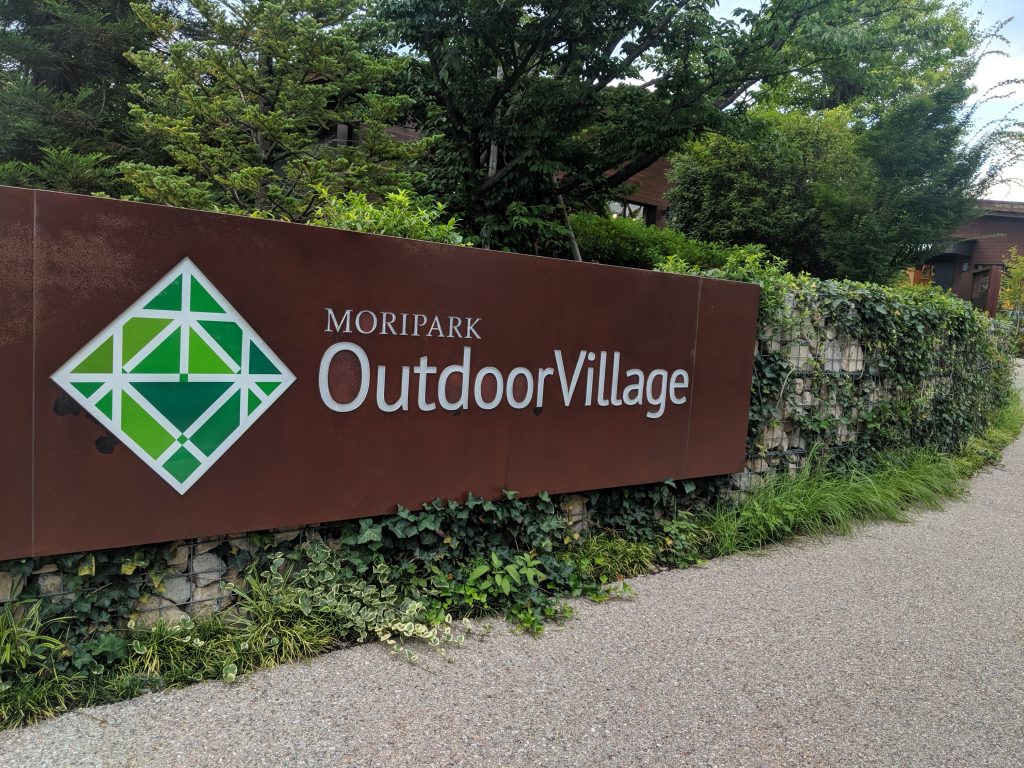 We researched the best places to buy hiking, outdoor and camping gear in Tokyo so you don’t have to! 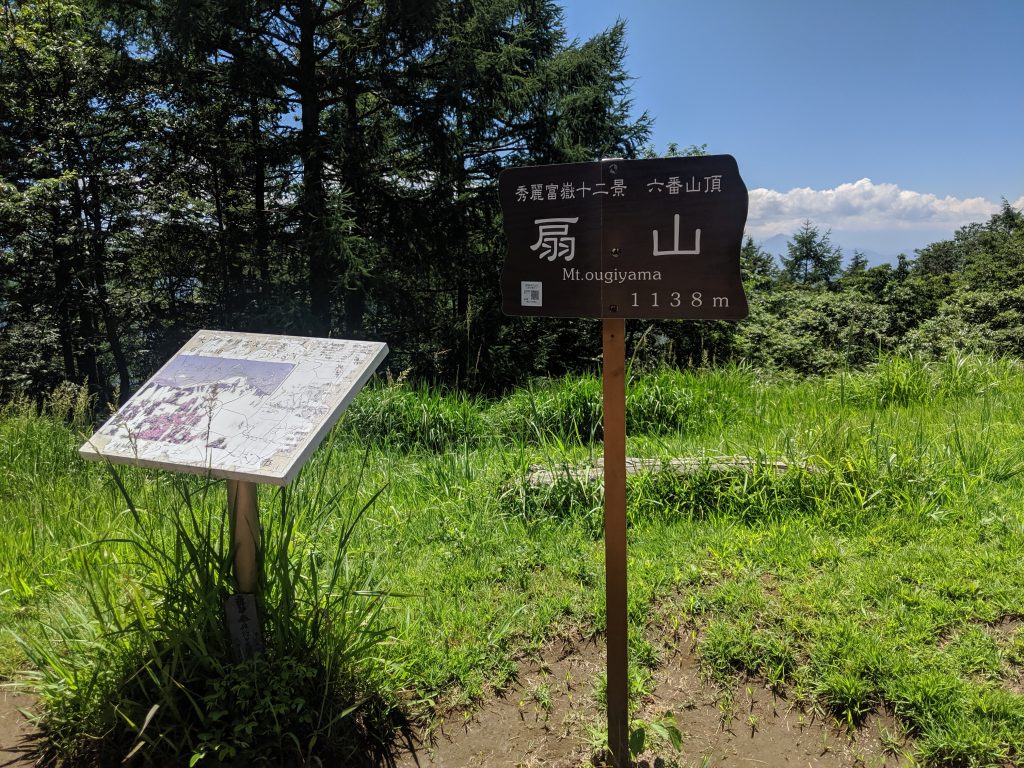 We hiked Ougiyama (扇山) to practice for Mount Fuji. It’s about 1.5 hours from Shinjuku, Tokyo with beautiful views of Fujisan. We highly recommend hiking this moderately difficult hike in cool, overcast weather.